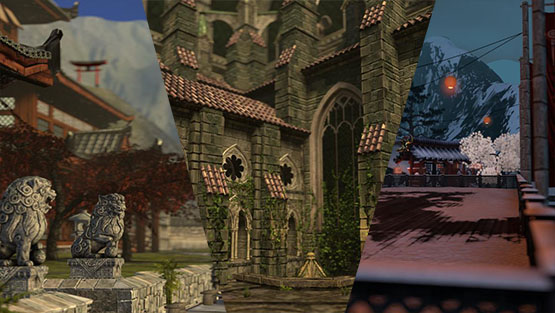 Today we're excited to be able to share a double DLC update with you! First, the Blade Symphony folks have fleshed out their DLC with some beautiful new environments, props and music. There are now snow-covered pagodas, eastern temples, western castles, and even a near-future shopping mall for your virtual location scout to explore. They're also sharing music by their composer Tom Stoffel, so you have new options for music under their media monetization policy.

We're also adding a new DLC today, from the fine folks at Dino D-Day, the World War II first person shooter - with dinosaurs! So now you can give your video that extra oomph - with dinosaurs! They're releasing all of their weapons and player models (including dinosaurs!) under the same style of usage policy as the other DLC in the SFM. So if you've been wanting to give the Pyro a pet T-rex, or have the Soldier wrestle an archaosaur, now's your chance! Get animating! 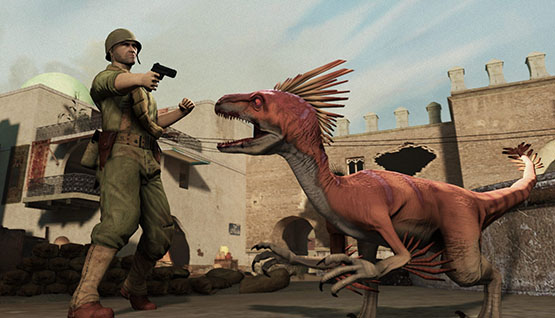